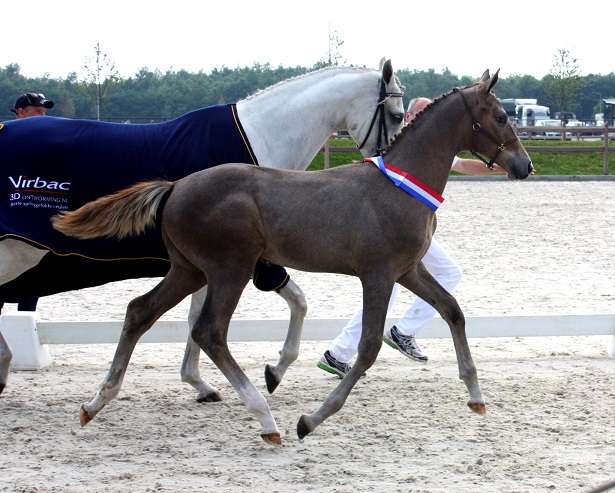 Saturday July 16th 2016 Lowland Citty C (Zirocco BluexVingino) and his mother attended the Central Inspection of Limburg. Lowland was placed first in the category of the showjumping colts. Then he competed with the best filly, who would be champion. The outcome was that Lowland Citty C was Champion of Limburg! We are also invited to participate in the National Foal Inspection in Ermelo on August 12th.
When his mother Ditty Dante C was a foal, she was also invited for the National Foal Inspection and at the of 3-year she was also competing at the National Mare Show. Ditty is also the mother of the KWPN approved stallion Highlander (F. Numero Uno).