You are here: Home / For Sale / Vitty Valente C 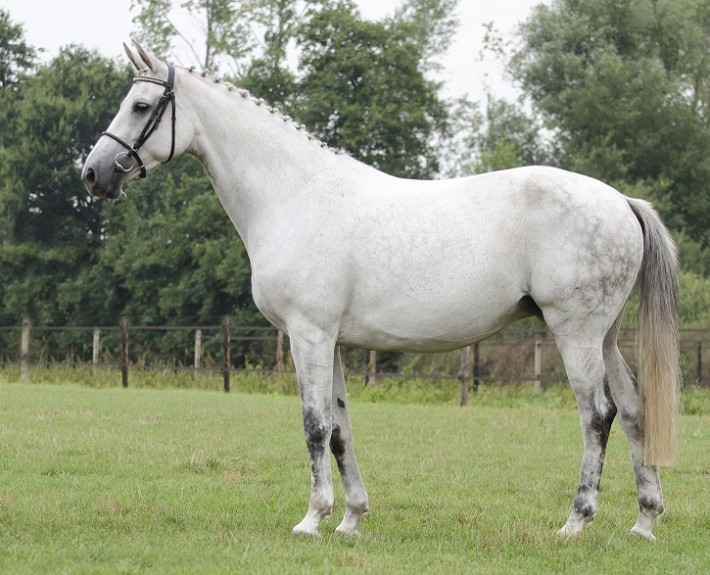 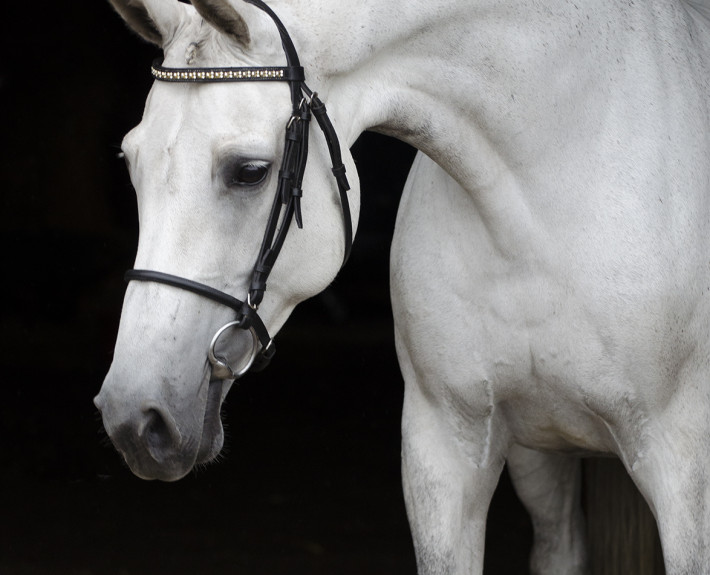 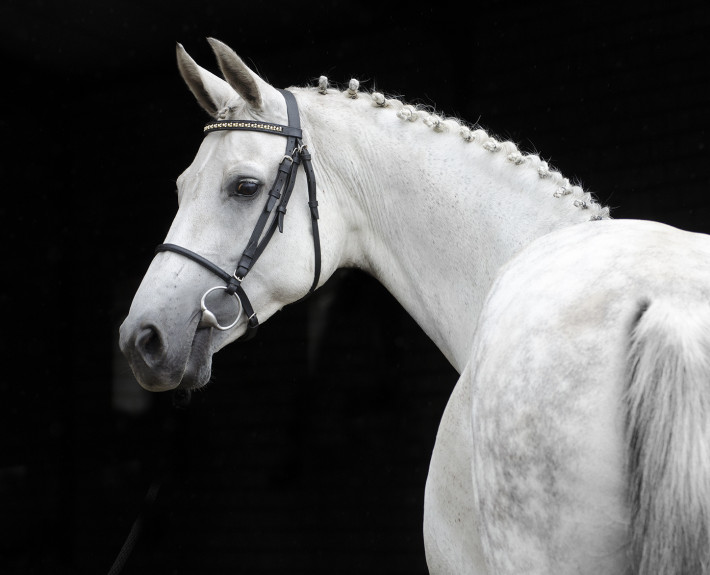 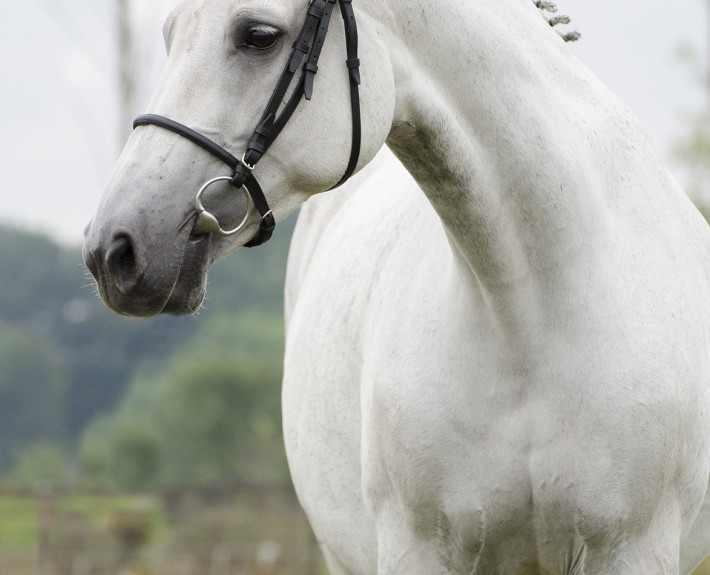 Vitty Valente is a mare with a very nice exterior. She shows lots of blood and has a beautiful head with big eyes. She has performed decent at the IBOP-test and on the Mare show. She has earned the Ster-predicate. In addition, she – like many of her relatives and offspring – had a good report on X-rays, so she is Prok.

Daughter Fitty Firenze/Fifty Fifty was champion of the KWPN region Noord Holland and 2nd at the National Mare Show for Keur and Elite mares. She is now jumping 1.35m international. Her son Grosso by Eldorado van de Zeshoek is succesful in Norway, he is competing at the international tournaments for young showjumpers. Daughter Hitty Quintess by Plot Blue was sold in 2012 at the Limburg Foal Auction to Redfield Farm and is now competing in the young showjumping classes in the USA for Lionheart Training. Three brothers/sisters Vitty are Grand Prix showjumpers. In addition a brother is an international showjumper and champion of the KWPN Stallion Show. Her oldest brother is an approved stallion. Her youngest brother was sold in November 2012 for 140.000 euros at the auction of Holger Hetzel and was succesful in the Longines GP of Beijing with Jeroen Dubbeldam. 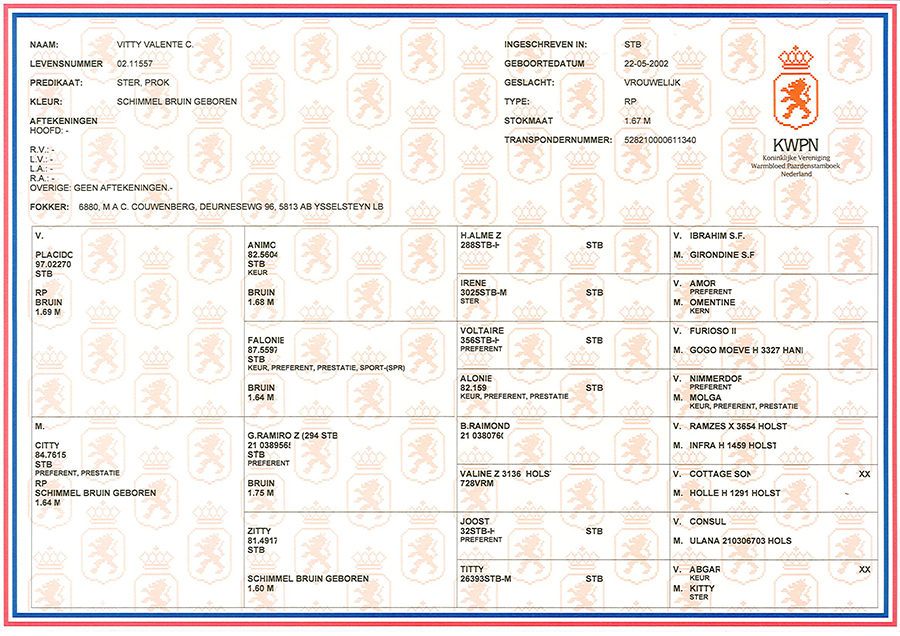 Joyful Citty C was selected for auction Midden Nederland. He was sold in this auction for a very good price to Azerbeidjan. He belonged to the top 3 of showjumping foals in this auction. He will stay in Holland during the first few years of his life.

As a foal Kaneblue was sold to VDL Stud. They have sold him to Harrington Horses in the UK. Via HH he is sold to the USA.

2016 Libren Citty C by Berlin - brood mare at our stables

We will keep Libren Citty C to become a new brood mare.

2017 Unfortunately the foal by Chacoon Blue has passed away

Chacoon Blue is an upcoming star of Paul Schockemöhle. In 2016 2nd of the 7 year olds in Warendorf.